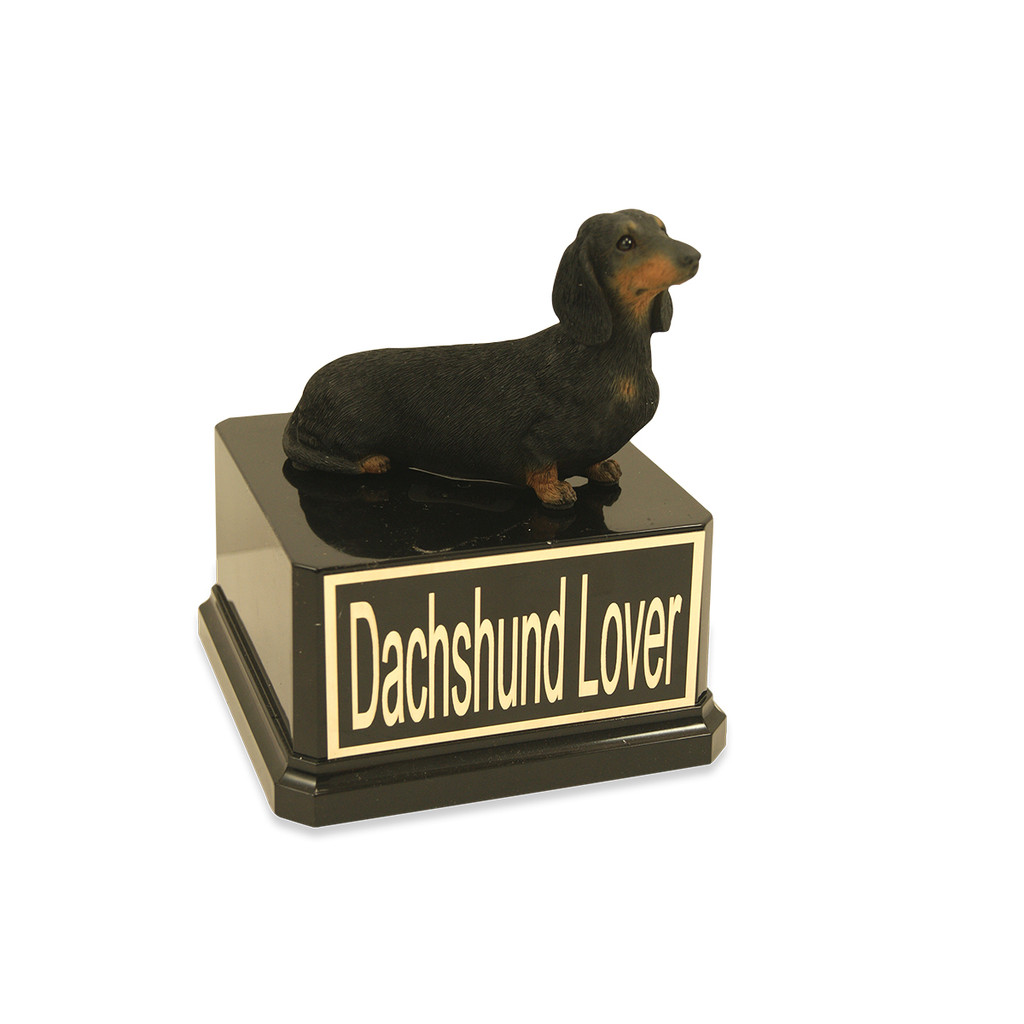 Everybody who owns a dog becomes slightly partial to that breed, but there is something about dachshund owners that really takes this phenomena to the next level. If you are a dachshund owner yourself, or you know someone who is, you know exactly what I am talking about. People who have pet dachshunds also have dachshund t-shirts, dachshund mugs, dachshund mousepads, dachshund paperweights, dachshund napkin rings? You get the idea. The Far Out Dachshund Dog Trophy is the PERFECT gift to add your favorite dachshund-lover's repertoire (because you and I both know they already have everything else).

As with all our awards, custom engraving is included.

The Dachshund Dog Trophy stands 6" H x 5.5" W. Yes, that is almost as long as it is tall (and that's considering that this measurement is on a base). We think those little legs are a huge part of what makes dachshund's so loveable.

Be the first to review this product.